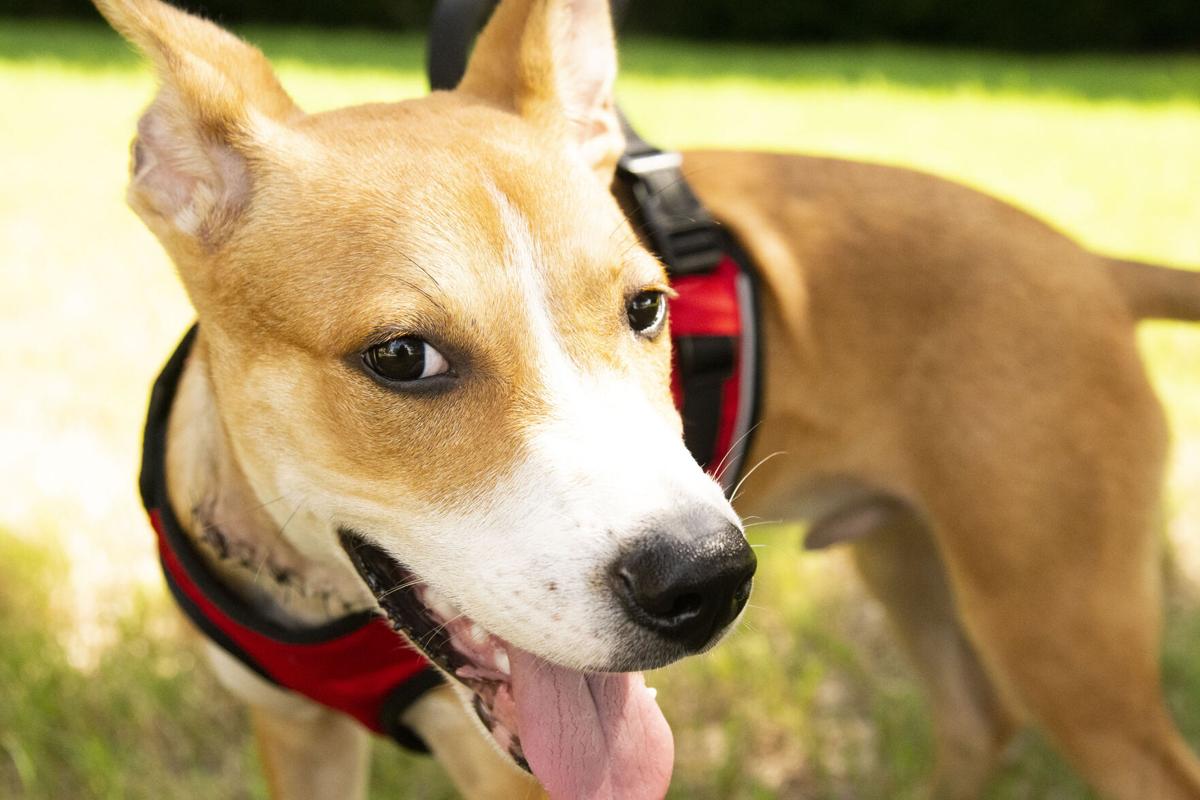 Jack, the Anniston Police Department’s official community relations dog, smiles for the camera. Visible on his body just above the red vest are stitches Jack needs to permit a human-inflicted wound to heal. 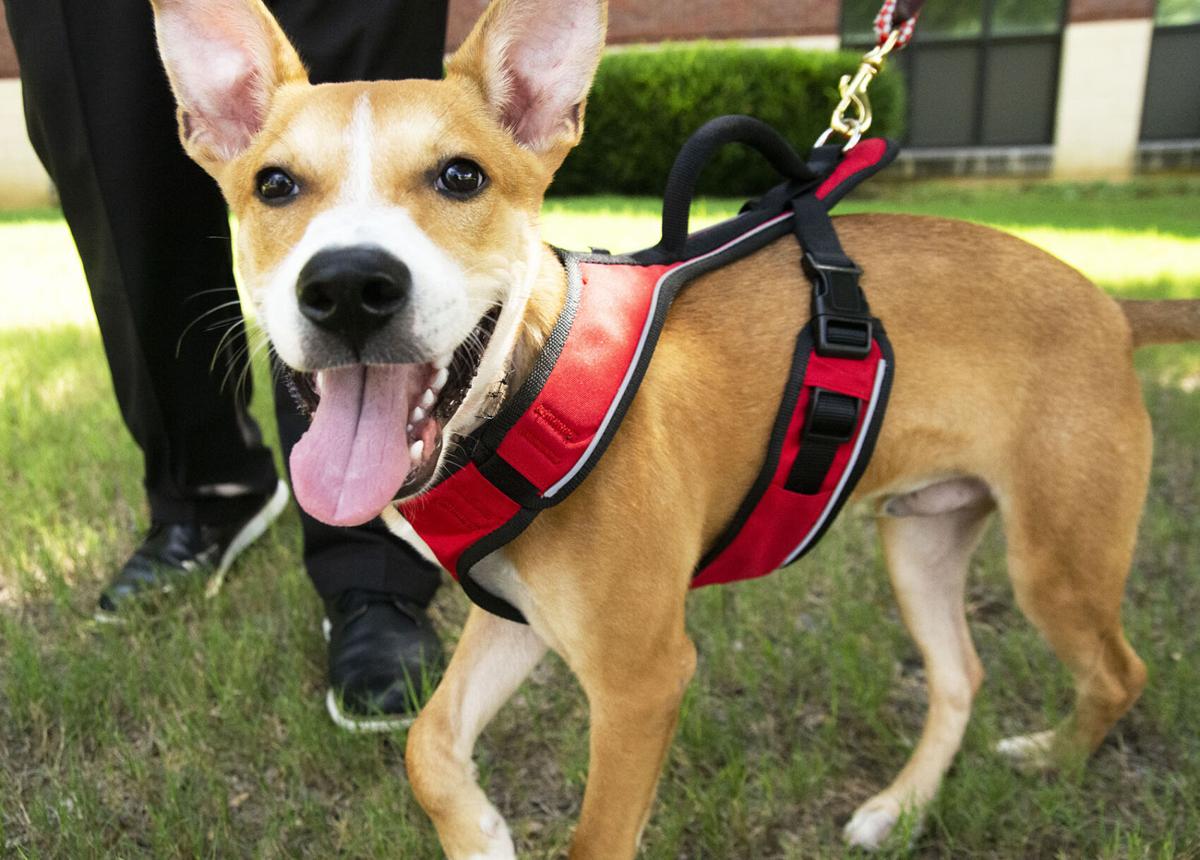 Jack the Police Dog was recently rescued by Anniston Police from a house on Johnston Drive. Since then he has been hired onto the Community Task Force.

The Anniston Police Department is getting acquainted with the newest member of the team: a puppy named Jack, who was rescued last week by a public works employee.

According to Chief Nick Bowles, Jack is going to be the department’s official community relations dog. Sgt. Michael Webb said Jack is set to be sworn in on Sept. 15.

Bowles said he hopes Jack will shine a spotlight on animal rights while also serving as a friend to the community. Webb said he plans to take Jack to schools and events so locals can meet him.

“He’s simply a pick-me-up,” Webb said. “He brings a smile to people’s faces.”

Early last week, Webb said, a public works employee found Jack chained up in a yard on Johnston Drive. Webb said Jack had been severely neglected, and had been there for so long that the chain had become embedded around his neck.

If Jack was going to make it, Webb said, he would need thousands of dollars’ worth of surgery, which wasn’t covered by the department’s budget. So, with Bowles’ permission, Webb set up an account on the GoFundMe fundraising website, hoping to raise $2,000.

Within 24 hours, Webb said, the community had donated $3,000. He said the remainder of the money will go toward Jack’s vet bills and treatment for any abused or neglected dogs they find in the future.

“I wanted to make sure we could keep him here . . . so people can keep up with him and follow up on his story,” Webb said.

Webb said Jack was learning the basics of obedience, but that was the extent of his training.

“He’s a great-tempered dog, and he’s so smart,” Webb said.

“To not know where he’s been and what he’s gone through, he’s a tremendous dog,” Webb said.