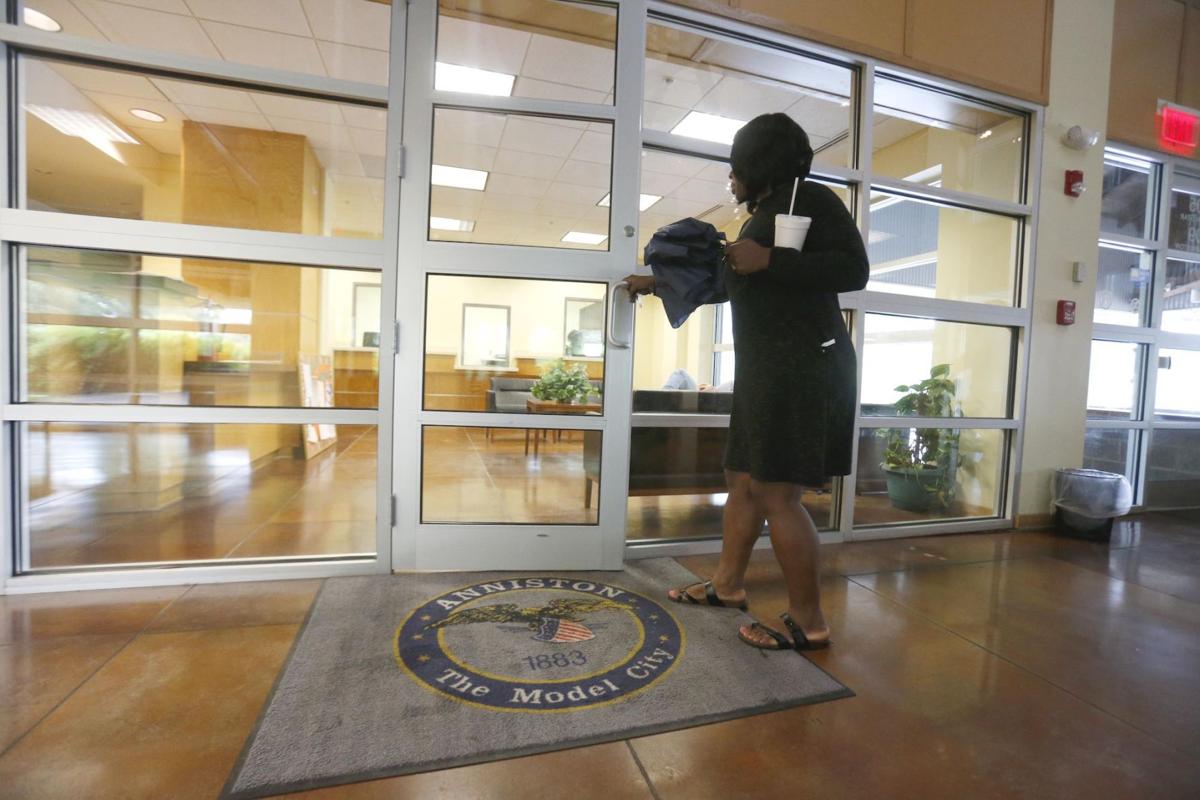 The new city hall in Anniston is now open and operational at 4309 McClellan Blvd. in Anniston. (Photo by Trent Penny/The Anniston Star) 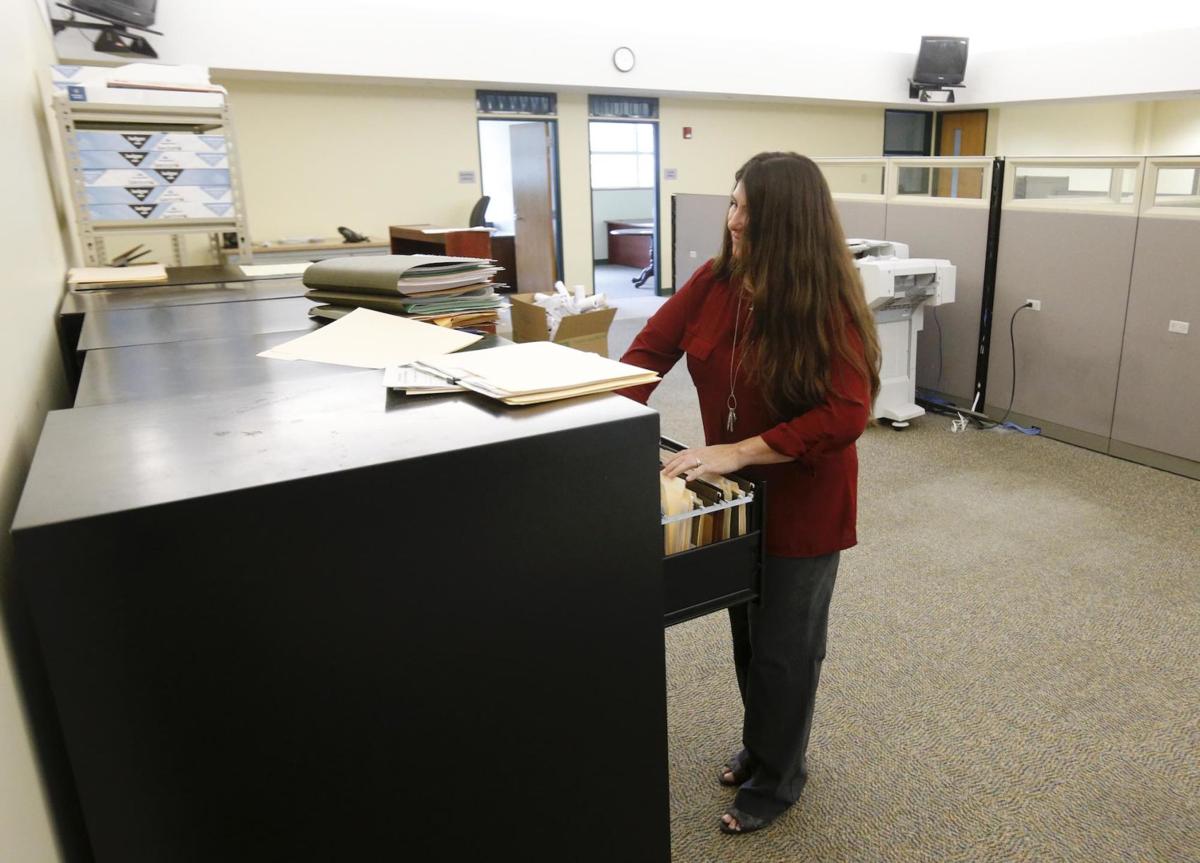 Jennie Emerson gets her files in order in the new building. The new city hall in Anniston is now open and operational at 4309 McClellan Blvd. in Anniston. (Photo by Trent Penny/The Anniston Star)

After months of debate and weeks of remodeling, Anniston opened its new, temporary City Hall on Monday to little fanfare.

White trucks and vans with city logos filled much of the parking lot at the Consolidated Publishing building, which the city is renting from the publishers of The Anniston Star. Code enforcement officers settled into desks once occupied by news editors. Shanika Stringer took her position at City Hall’s front desk, and customers trickled in.

Last week, Stringer and her co-workers were busy clearing out the Gurnee Avenue building that served for decades as the headquarters of city government. That old City Hall stood near the heart of Anniston’s downtown, a World War II-era building known for leaks and the occasional musty smell. It will come down next year, but not because of its age or its condition.

The federal government plans to build a new $42 million courthouse in Anniston, and the old City Hall site is the location federal officials have chosen. Earlier this year, the General Services Administration agreed to give the city $520,000 and the old federal courthouse building on Noble Street in exchange for the site.

City offices may eventually move into the old federal courthouse – but not while the new courthouse is still under construction. So the City Council voted to lease much of the Consolidated Publishing building as a temporary town hall, for $275,000 per year. The Star’s staff still works from the building, in a much smaller suite of offices.

A wall of glass windows now divides The Star’s old lobby in two. Enter the lobby to the left and you’re at 4305 McClellan Blvd., home of the newspaper. Go to the right and you’re at a new address, 4309 McClellan, the new City Hall.

That’s where Anniston residents will pay their garbage bills, said city manager Steven Folks. People who want to renew licenses or renew permits go in a separate entrance, Folks said. Other than the drive, he said, it’s the only change people will likely notice when doing business with the city.

“We’re still working out some bugs, but so far we have no complaints,” he said.

Still, a move from the city’s center to the wooded hills of the former Fort McClellan, on the north edge of town, could change day-to-day life for city workers. Both before and after the move, some city workers told The Star they expected a decrease in visitors. When City Hall was downtown, city workers say, many people would stop in just to use the restroom, cool down or get a drink of water.

“They should think about that before they close something,” said Ashley Lewis, an Anniston resident who said she’s been homeless in the past. Lewis, who was getting lunch from a charity group at the park on Monday, said restrooms at Zinn Park have been closed in recent weeks, though homeless people have found accommodation at other downtown sites, she said.

Councilman Ben Little cast the sole vote against the move to the Consolidated Publishing building earlier this year. He claimed the city could have saved money by using a location closer to downtown, possibly the Sharp-Dean school building or the old Chalk Line industrial site.

On Monday, Little seemed untroubled by the opening of the new facility, though he said he expects to spend little time there.

Little decided to forego a City Hall office and work from the city’s multimodal transportation center, where he has been known to greet bus and train passengers arriving and departing from the city. He said he’s heard from residents who don’t like traveling to the north end of town to pay a bill.

“There were some concerns about how far it went out, and my answer is ‘Well, that’s how the vote went,’” he said.

Despite early plans to renovate the newspaper building to create a City Council meeting space, the council currently holds meetings at the City Meeting Center. Folks said that will be the meeting site for the council “indefinitely.”

“That really lets you see the scale of it,” said city planner Toby Bennington. He said he and Folks did a final walkthrough of the old City Hall on Monday morning. The plan is to hand the site over by September.