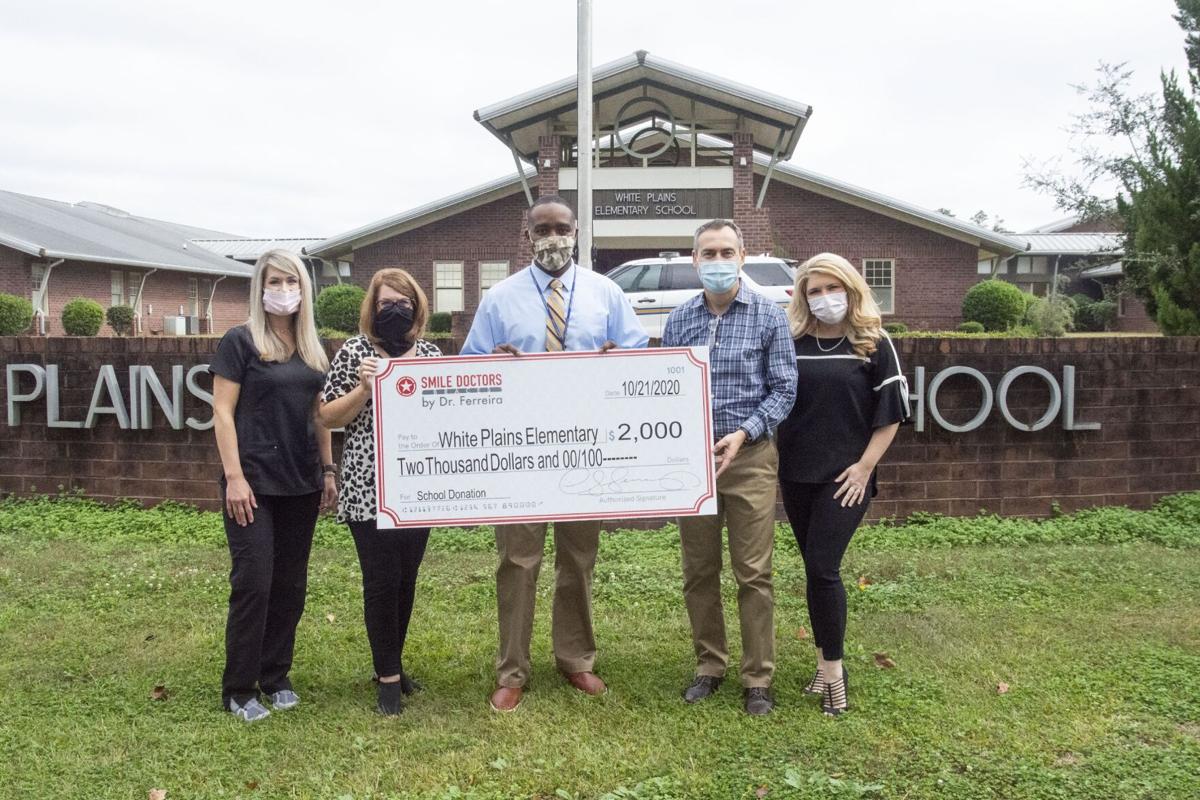 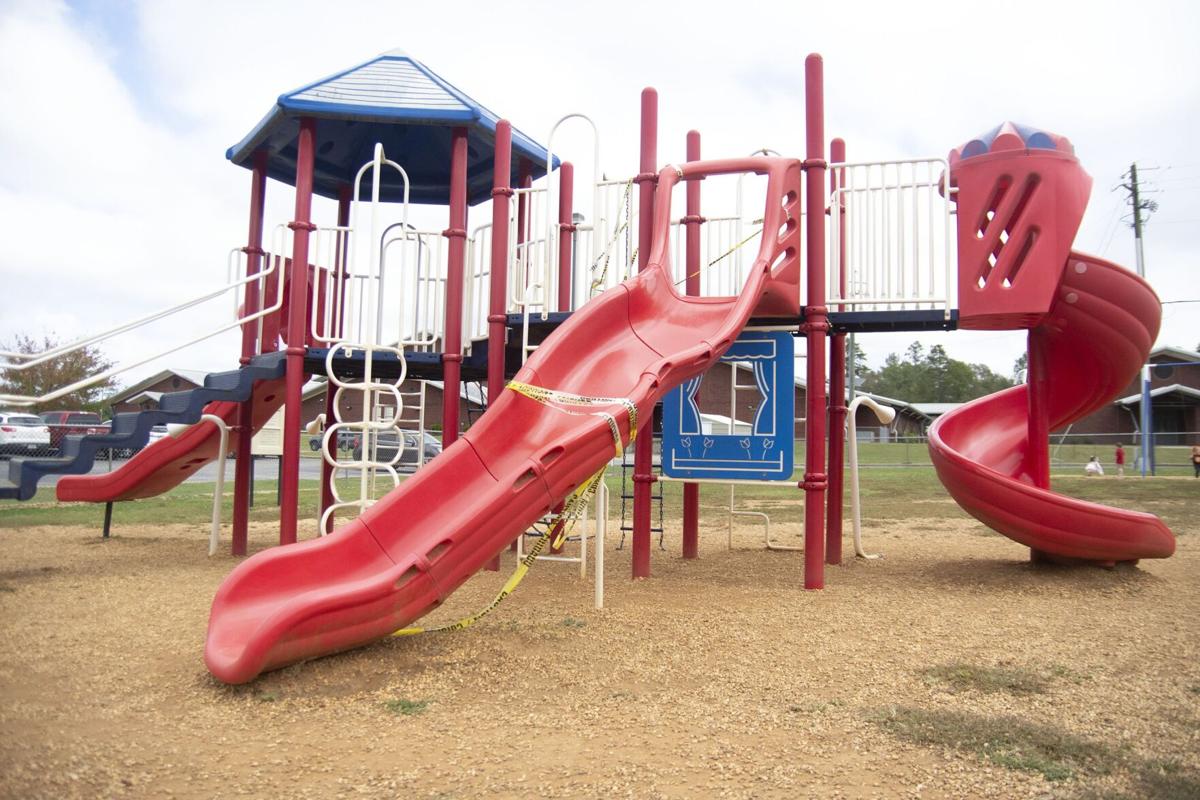 The damaged slide on the playground at White Plains Elementary School that will be replaced using the donated funds from Smile Doctors, Braces By Dr. Ferreira.

The damaged slide on the playground at White Plains Elementary School that will be replaced using the donated funds from Smile Doctors, Braces By Dr. Ferreira.

On Wednesday, the staff of Smile Doctors in Anniston began traveling the county with a big check in hand, parceling it out as donations to several local schools.

They began the day at White Plains Elementary School, where a $2,000 donation would cover the cost of a new slide for the playground.

Principal Jonathan Gilbert said the playground slide had just been damaged and many of the kids were missing it severely. A new slide is on order, and Gilbert said it will help greatly during the students’ PE time and in keeping them socially distanced.

“We had close to $8,000 set aside to give back to our local schools,” said Smile Doctors practice director Rachel Dietrich. “We wanted to reach out to these schools and give them a donation so they could apply it to a need. We left it up to the schools to decide what to do with the money,” she said.

Dietrich said Oxford Elementary planned to put the money toward its goal of Apple TV in every classroom. White Plains High School was making the money available for whatever individual teachers might need — extra hand sanitizer, for instance, Dietrich said.

Smile Doctors also bought 100 or so umbrellas, which they are distributing to 15 local schools for staff to use on rainy days while working the car pickup lines for students.

“We had all this money to disperse, but with COVID we’re not able to do our normal projects. It has closed the door on us being out in the community,” Dietrich said.

In a normal year, she explained, the staff might be handing out goodie bags at a 5K race, or providing teacher appreciation luncheons at schools, or bringing in ice cream trucks to preschools and day cares.

“We’re used to being able to be out, and unfortunately we’re not able to do that right now, with all the restrictions. But we still wanted to give our money out,” Dietrich said.