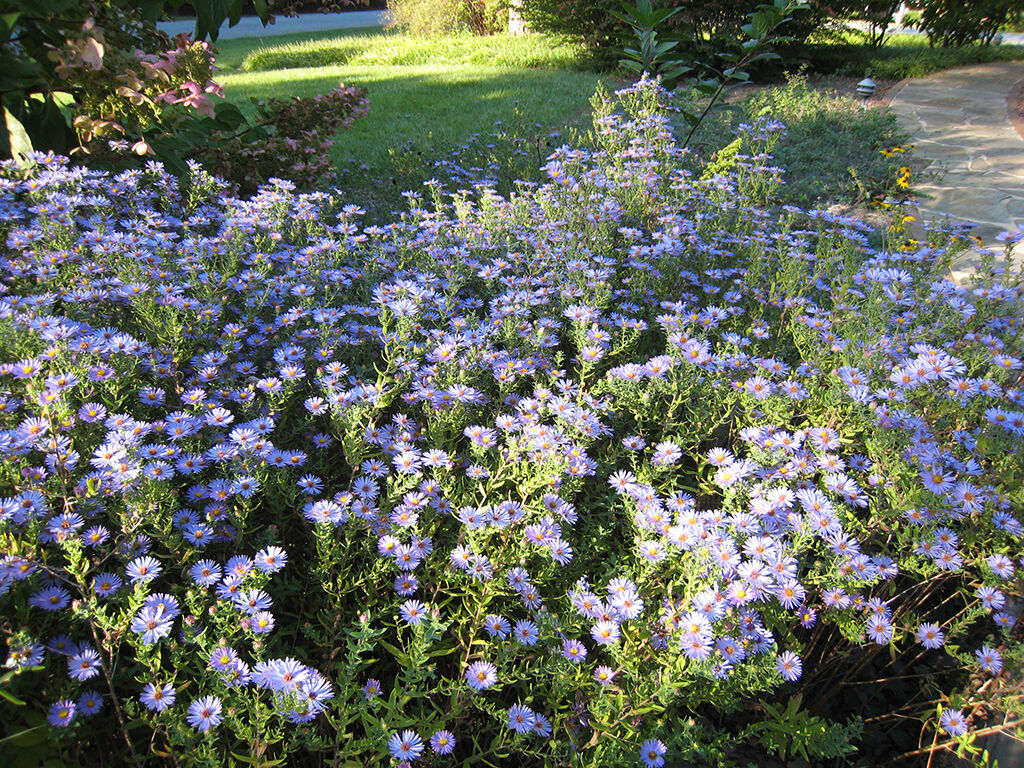 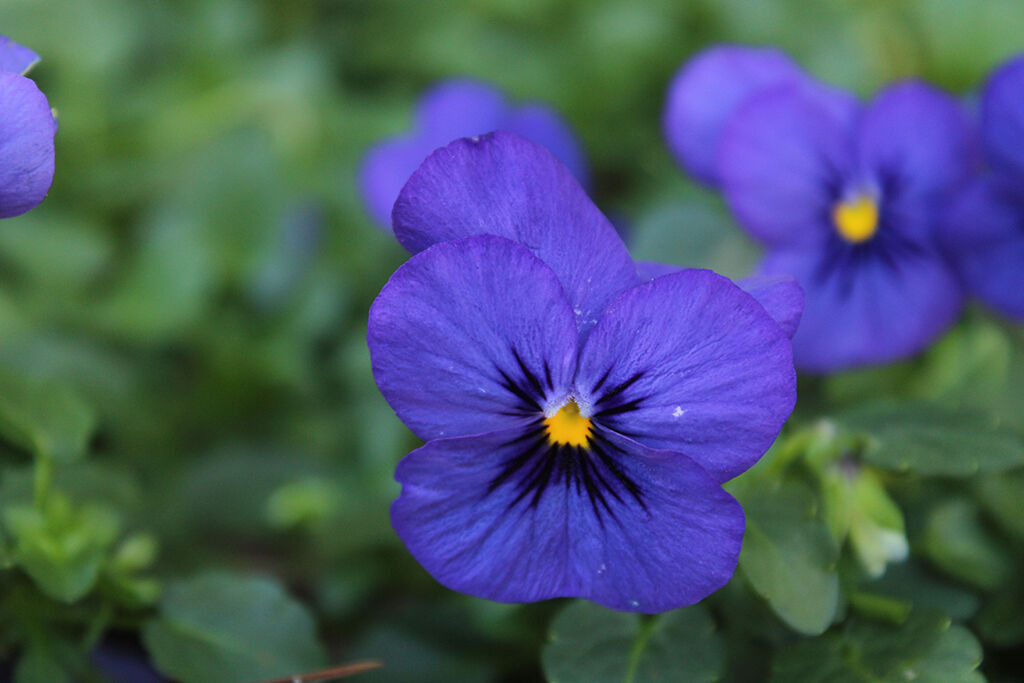 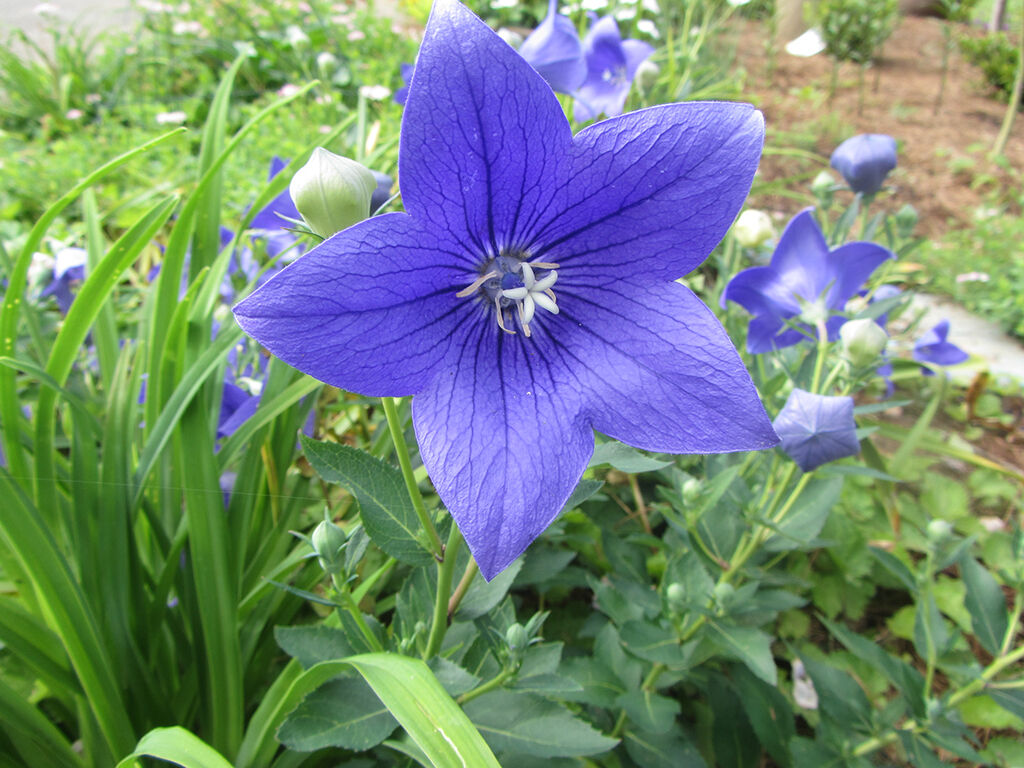 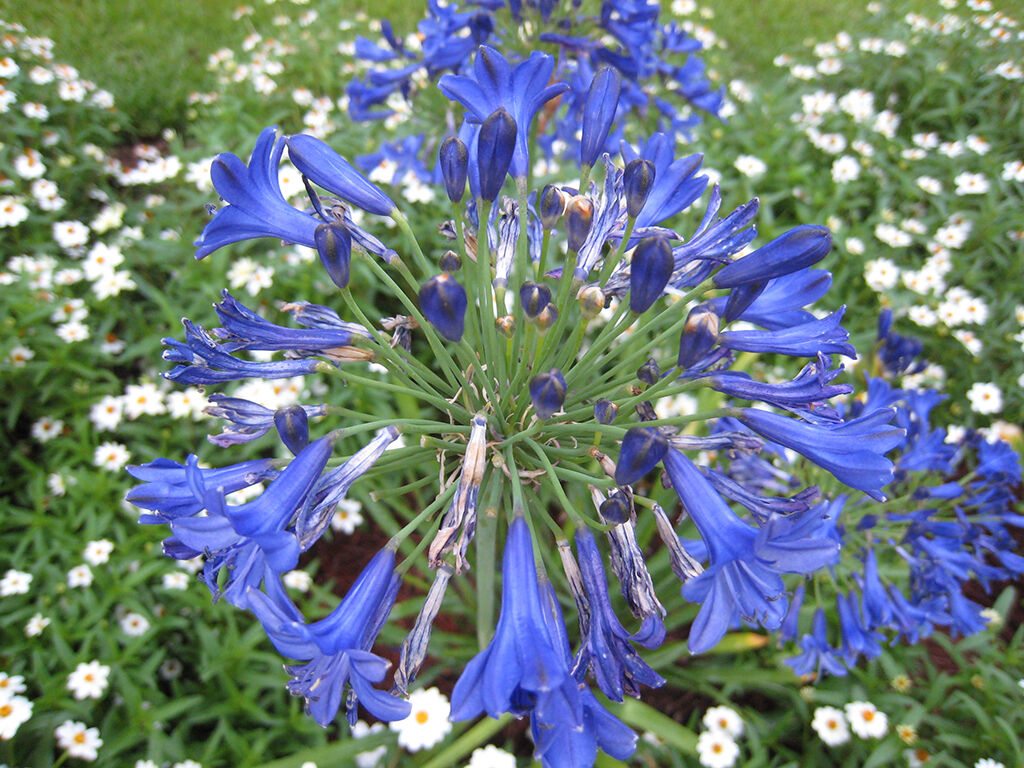 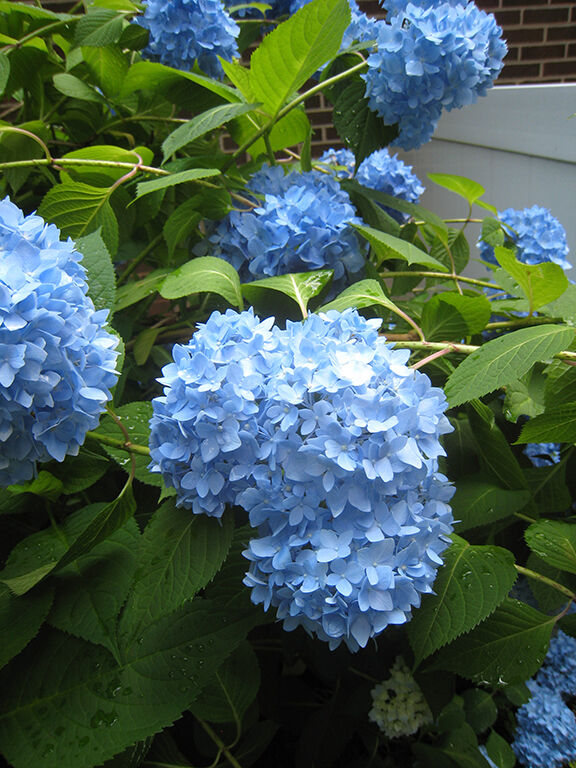 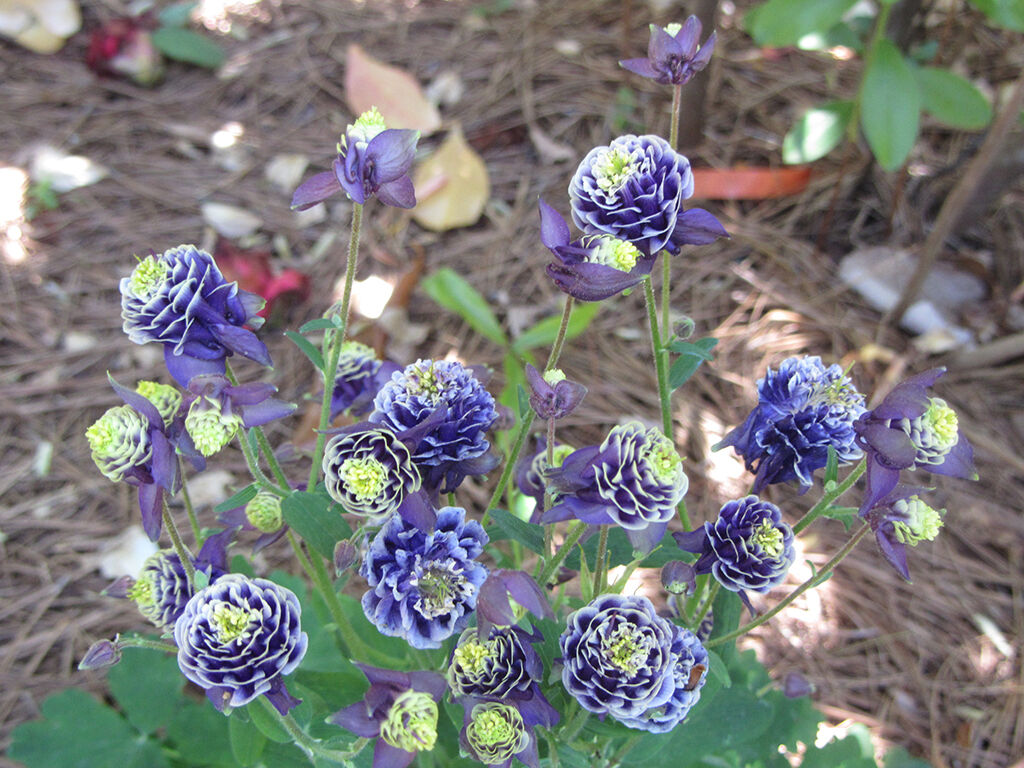 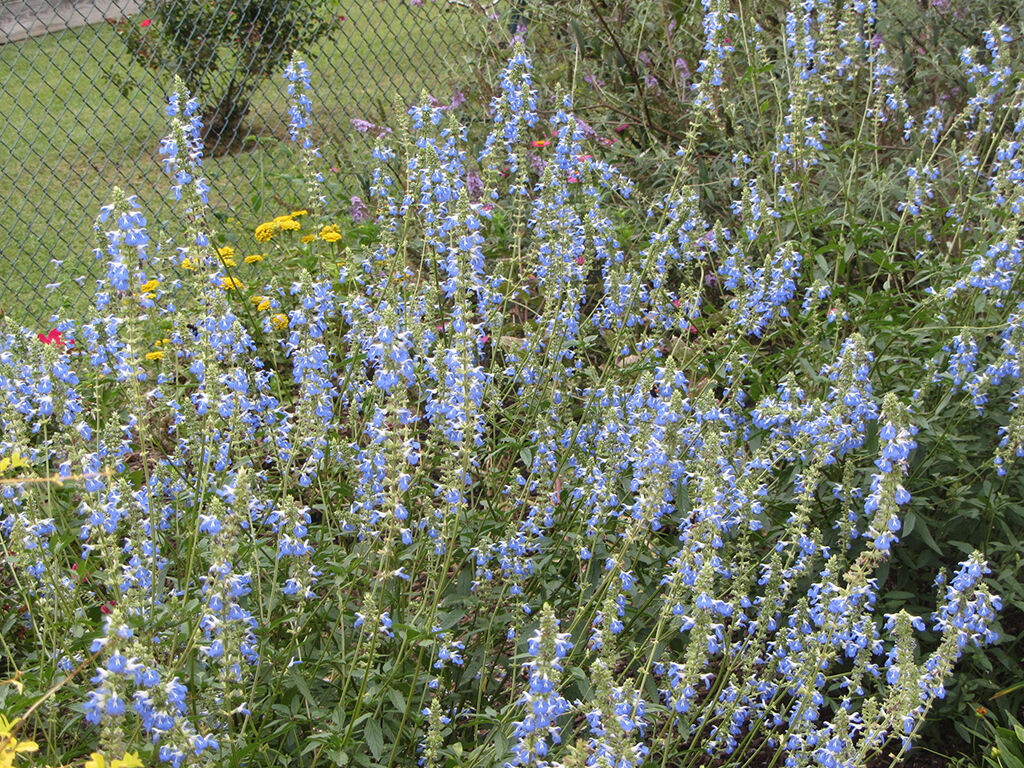 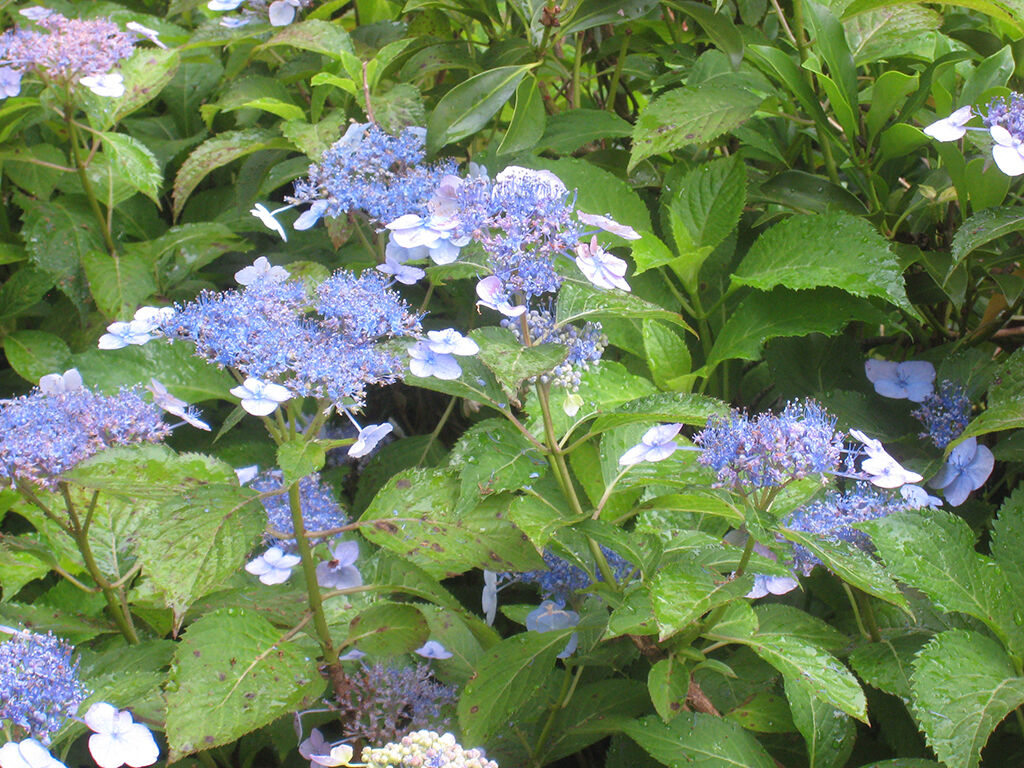 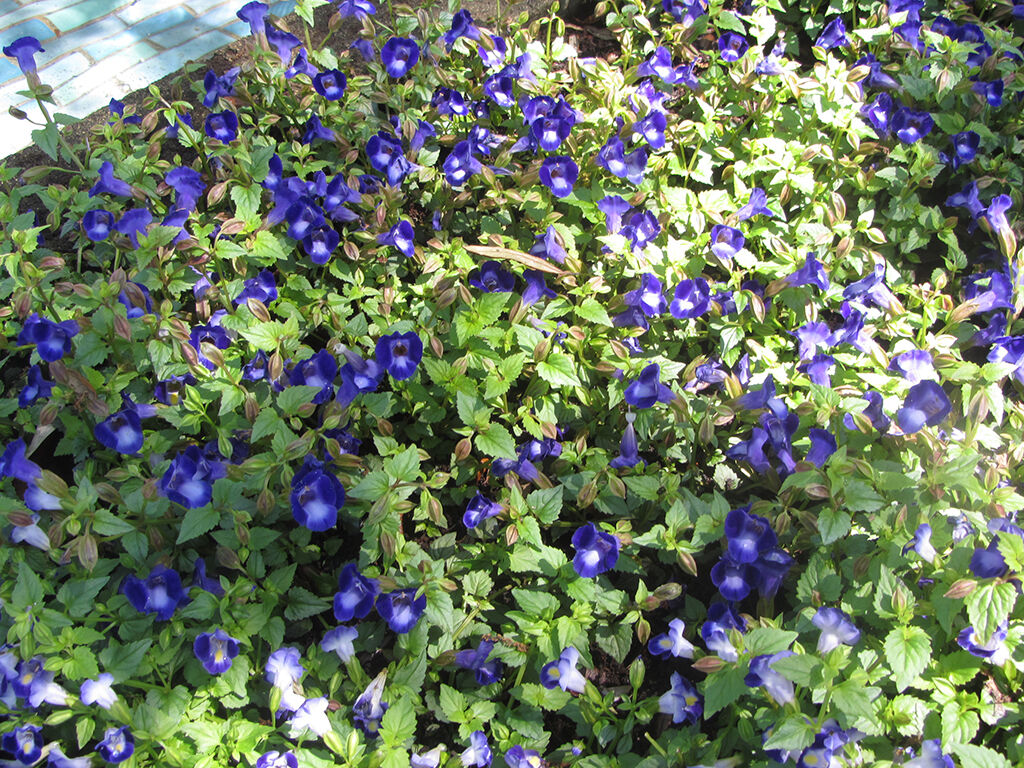 Recent columns have dealt with the tremendous influence of color in our lives and in our gardens.

The color wheel, which illustrates the relationships between colors, has been an able assistant. Artists, designers and gardeners use it to create pleasing color combinations.

With the help of my sister (a flower kindred spirit), a catalog or two and a lovely book on colors in the garden, here are some examples of the “rare” blue flower. The gardener can have something blue 12 months of the year.

Secondary colors are orange, green and violet. They come from mixing two primary colors together. Orange is a mixture of red and yellow; green is a mixture of yellow and blue; violet is a combination of blue and red.

The tertiary colors (the in-betweens) come from mixing a primary and a secondary color.

Blue has a long history. Ancient Egyptians enamored of the brilliant blue color of the semi-precious stone lapis produced a pigment to make the same blue. They used chemistry to combine the rare lapis with other ingredients, such as calcium and limestone, to create other saturated blue pigments. Blue was born!

They used it with gold to adorn tombs of pharaohs. Supply, however, was scarce, and the Egyptians searched for new methods of creating blue. They heated a mixture of limestone, sand and copper into calcium copper silicate at temperatures between 1,470 and 1,650 degrees Fahrenheit. The result was a richly saturated, royal turquoise color, which is now known as Egyptian blue, or cuprorivaite.

Slowly, the Egyptians spread their blue dyes throughout the world, passing them on to the Persians, Mesoamericans and Romans. The dyes were expensive, and only royalty could afford them. Thus, blue remained rare for many centuries, though it slowly became popular enough to earn its own name in various languages.

Renaissance inventors created the pigment ultramarine, the most expensive of all pigments. In the 8th century, Chinese artists used cobalt blue to color fine blue and white porcelain. In the Middle Ages, European artists used it in the windows of cathedrals.

Europeans wore clothing colored with a vegetable dye made from woad, a flowering plant whose leaves produce a blue dye; this was eventually replaced by the finer indigo from America. In the 19th century, synthetic blue dyes and pigments gradually replaced organic dyes and mineral pigments.

Dark blue became a common color for military uniforms and, later in the late 20th century, for business suits. It was chosen as the color of the flags of the United Nations and the European Union as blue has commonly been associated with harmony.

Blue, according to research, is the most popular color for humans. Perhaps its association with blue skies and clean blue waters is the reason. Standing under a serene blue sky inspires tranquility.

Thinking of blue may remind us of our blue jeans, a favorite item in our closets.

Some grew up listening to “Blue Velvet,” “Blue on Blue,” “Blue Skies,” “Blue Moon,” “Blue Birds over the White Cliffs of Dover” and “Blue Suede Shoes.” A recent favorite of mine has been “Tangled Up in Blue.”

Blue is common in our speech: feeling blue, blue day, out of the blue, blue collar, blue blood, bolt from the blue, sing the blues and scream blue murder (my favorite pandemic phrase).

In Korea, blue is associated with mourning.

Blue’s connotation depends on its shade.

Shades of blue are common. Adjacent to blue on the color wheel are green-blue and blue-green. To the other side are violet-blue and blue-violet. Blue can range from purplish to teal.

And yet, out of 280,000 flowering plants, only 10 percent have blue blooms. In my garden, that percent is even less (a fact I intend to change).

Garden columnist Joshua Siskin wrote an interesting explanation for the lack of blue in nature: “Among those who specialize in color analysis, it is sometimes claimed that, in reality, there has never been a true blue flower, nor will there ever be one. This has to do with the fact that there is no blue pigment in the plant kingdom and colors that appear to be blue are actually permutations of violet or purple.”

The gardener may have to look a bit harder to add rare blue blossoms to their landscape, but they are there. Banish the “blues” by adding some blue to the garden.