Not every story about baseball in Anniston revolves around Ty Cobb or the Rams, the city’s perpetually mediocre and long defunct minor-league team. Those stories have wrinkles. This one doesn’t. And what better time to unearth it than Opening Day.

It happened in the spring of 1911, before The Great War, before Fort McClellan, before the days when Civil War veterans grew too feeble to attend reunions. William Howard Taft was president. Alabama hadn’t yet celebrated its 100th birthday. Babe Ruth wouldn’t make his Major League debut for another three years. And the Philadelphia Phillies boarded a train in Birmingham, traveled east and played a Saturday afternoon game at what we now call Zinn Park.

I doubt the Phillie Phanatic came with them.

They played a single game in Anniston — a 5-2 loss to the Rochester Hustlers, the Eastern League champions who were training in the city. It was a “spirited contest,” newspapers reported, though in truth it was an utterly forgettable March meeting between a perennial Major League bottom-feeder and a minor-league outfit from New York state. The Phillies didn’t stay long, either. Their train pulled into the Anniston station just before lunch at 11:20; they took the 7:35 that evening back to Birmingham, where they were training. A second Anniston game on Monday was called off. So much for Model City hospitality.

But such is life in small towns. Utterly forgettable events are front-page news. The mundane of larger cities is anything but that elsewhere. And when one of Philadelphia’s Major League teams played March 18, 1911, in Anniston, it was billed by The Evening Star, then one of this city’s daily newspapers, as “probably … the biggest game ever pulled off in Anniston, as both teams are leading exponents of the great American sport.” Hyperbole or not, it sounded impressive.

“Annistonians have the opportunity in this game of witnessing some of America’s greatest starts in action,” the newspaper wrote, “and it goes without saying that they will not allow the opportunity to slip, in indications being that every seat on the grandstand and bleachers will be filled.” Five hundred, in fact.

Underneath that molasses-thick hype, reality was a killjoy. In 1911, Philadelphia had two MLB teams — the Athletics and the Phillies, and the wrong Philly team came to Anniston. The Athletics, managed by Connie Mack, were defending World Series champions. Four future Hall of Famers graced their roster. The Phillies who arrived in Anniston that Saturday morning had never won their league or played in the World Series, much less won it.

What’s more, the Phillies didn’t play many of their regulars that afternoon. They sent the “Yannigans” — a turn-of-the-century baseball description of a team of rookies and newly acquired veterans — to face Rochester. Anniston didn’t care, though. They were still the Phillies. 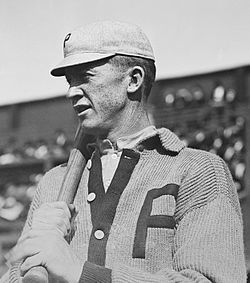 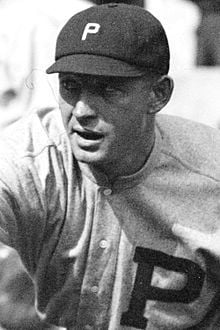 Jimmy Walsh of the 1911 Philadelphia Phillies. 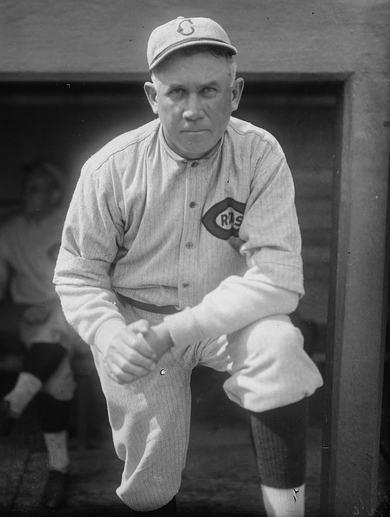 Pat Moran, manager of the Cincinnati Reds in 1919. 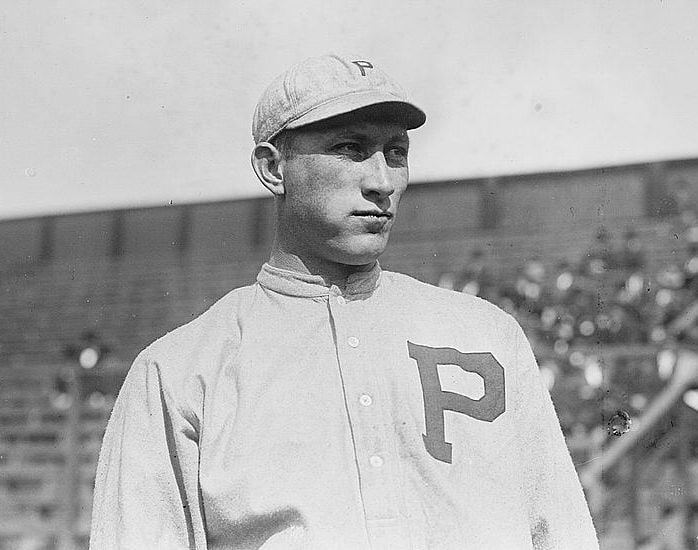 Jimmy Walsh of the 1911 Philadelphia Phillies.

Pat Moran, manager of the Cincinnati Reds in 1919.

(On a side note, the Hustlers spent the night before — it was St. Patrick’s Day — “drinking some water that didn’t taste like water,” as a Rochester newspaper correspondent detailed, and watching one of their drunk teammates ride a donkey he found wandering in a nearby pasture. And yet, they still won the next day.)

Future Hall of Famer Grover Cleveland Alexander, who debuted that April, was the Phillies’ best player in the summer of 1911. (He won 28 games, setting a rookie record.) He didn’t play in Anniston. But three noteworthy Phillies did.

Fred Luderus, who started at first base, broke in with the Chicago Cubs in 1909, and in 1915 he became the first Phillie to homer in the World Series — a mark that stood for 65 years. Jimmy Walsh, who started at third, played 94 games as a part-time player that season and hit .270. And Pat Moran, the starting catcher, debuted in 1901 with the Boston Beaneaters and played 14 seasons — he’s credited with helping develop the young Alexander that spring — but that’s not his claim to fame.

After retiring as a player, Moran managed the Phillies (leading them to the 1915 World Series, where they lost) and the Cincinnati Reds, who in 1919 won the World Series over the favored Chicago White Sox. Put another way, the Phillies’ starting catcher in Anniston was the Reds’ manager in the infamous “Black Sox” World Series scandal. Who knew?

“Spring training,” renowned baseball essayist Roger Angell once wrote, “is so cheerful and disarming that most of the time one is able to overlook the imperfect nature of the action on the field.” Perhaps that’s how Annistonians felt that spring when the Philadelphia Phillies rolled into town for an unremarkable game we’ve long forgotten. I’d love to know.