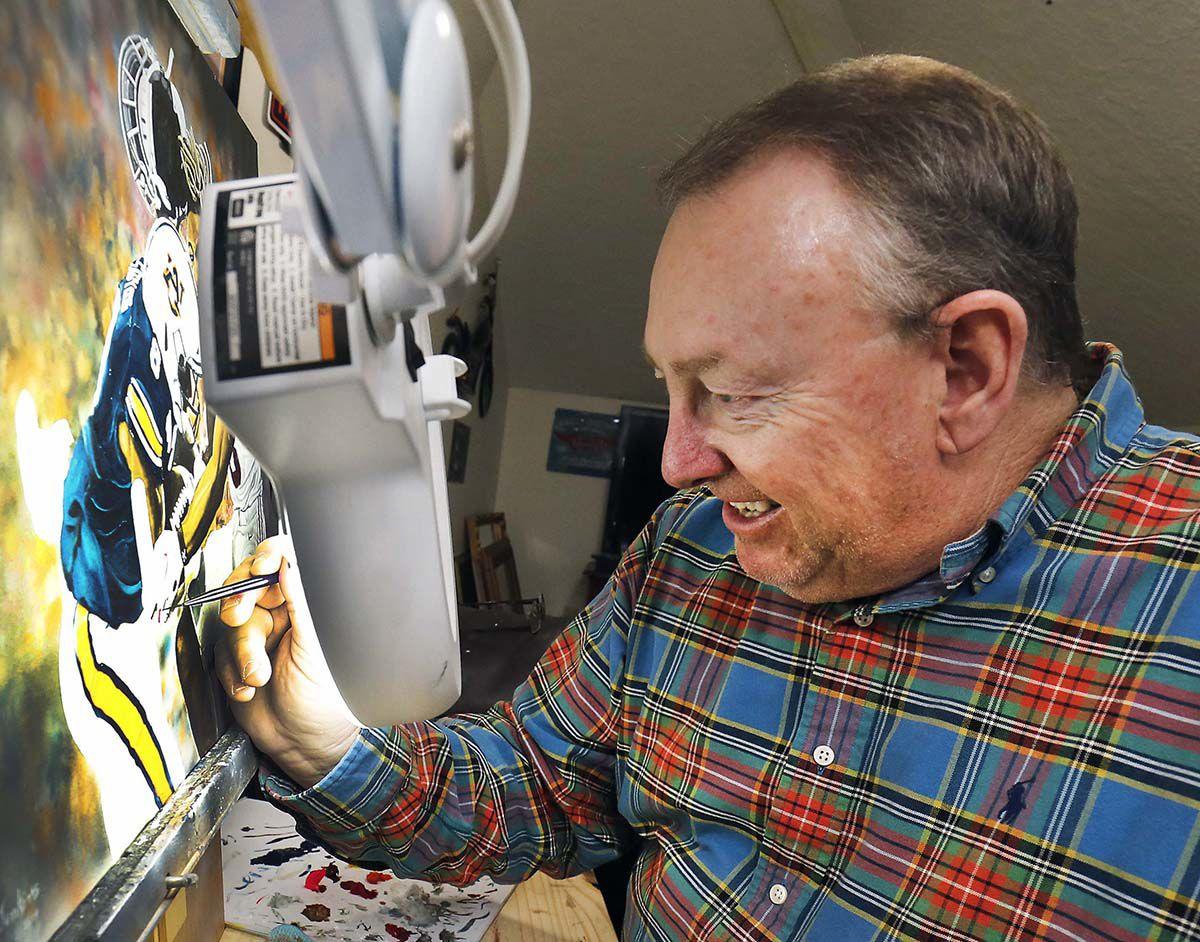 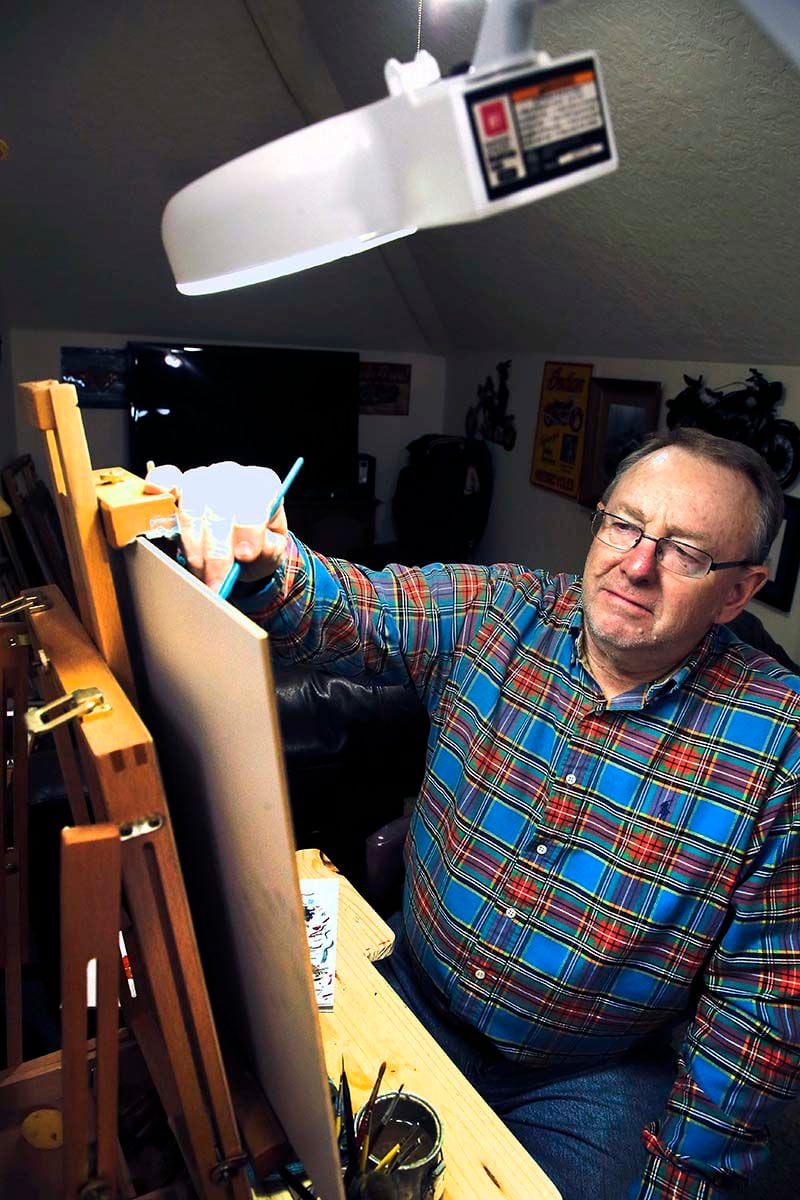 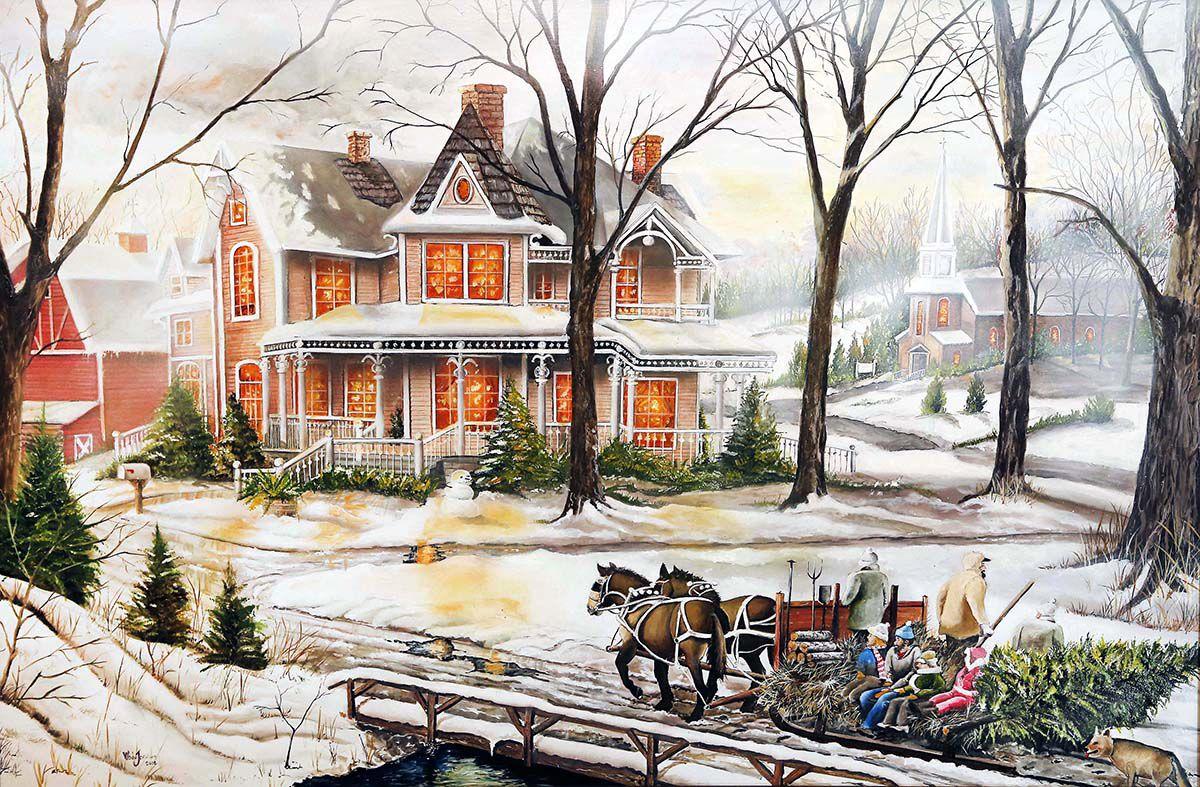 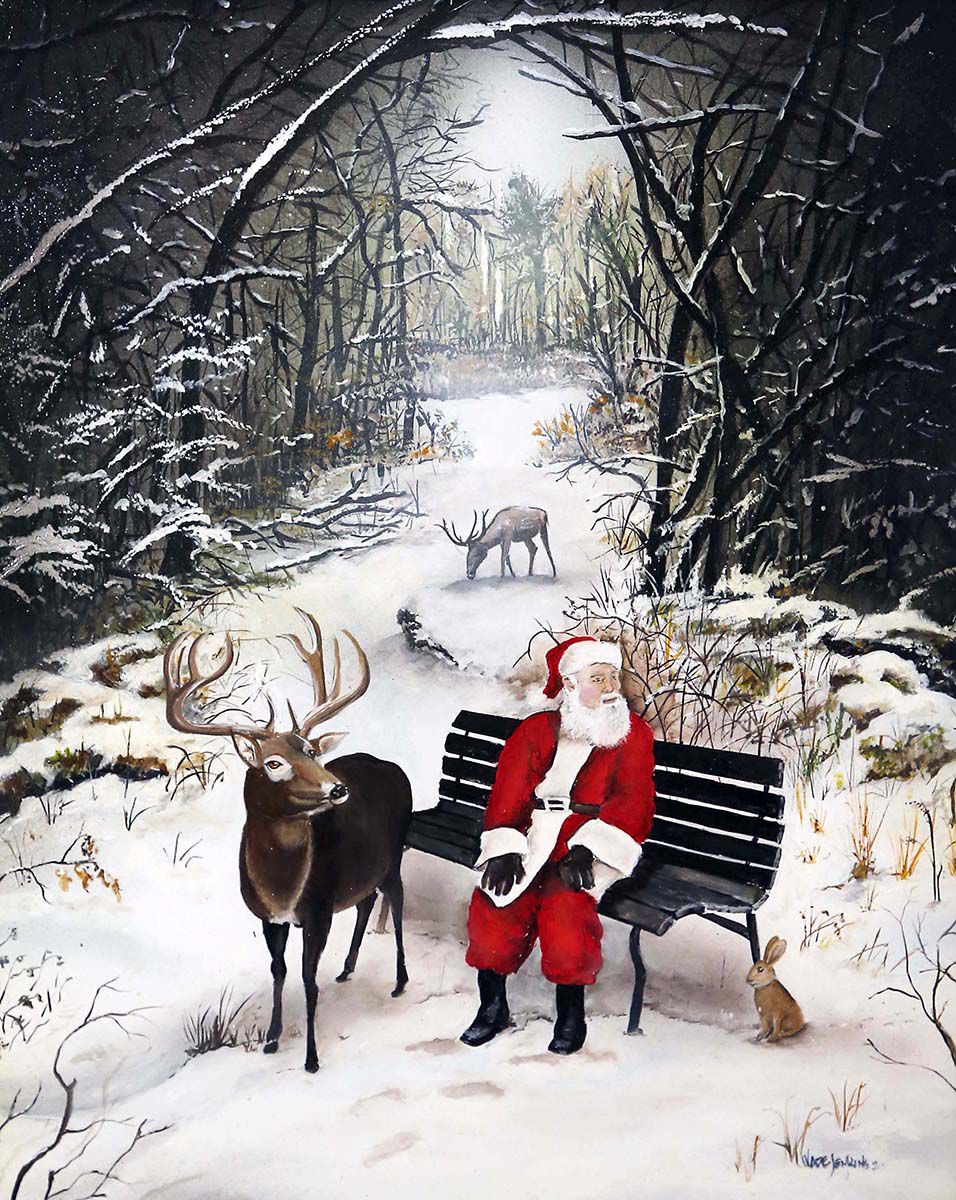 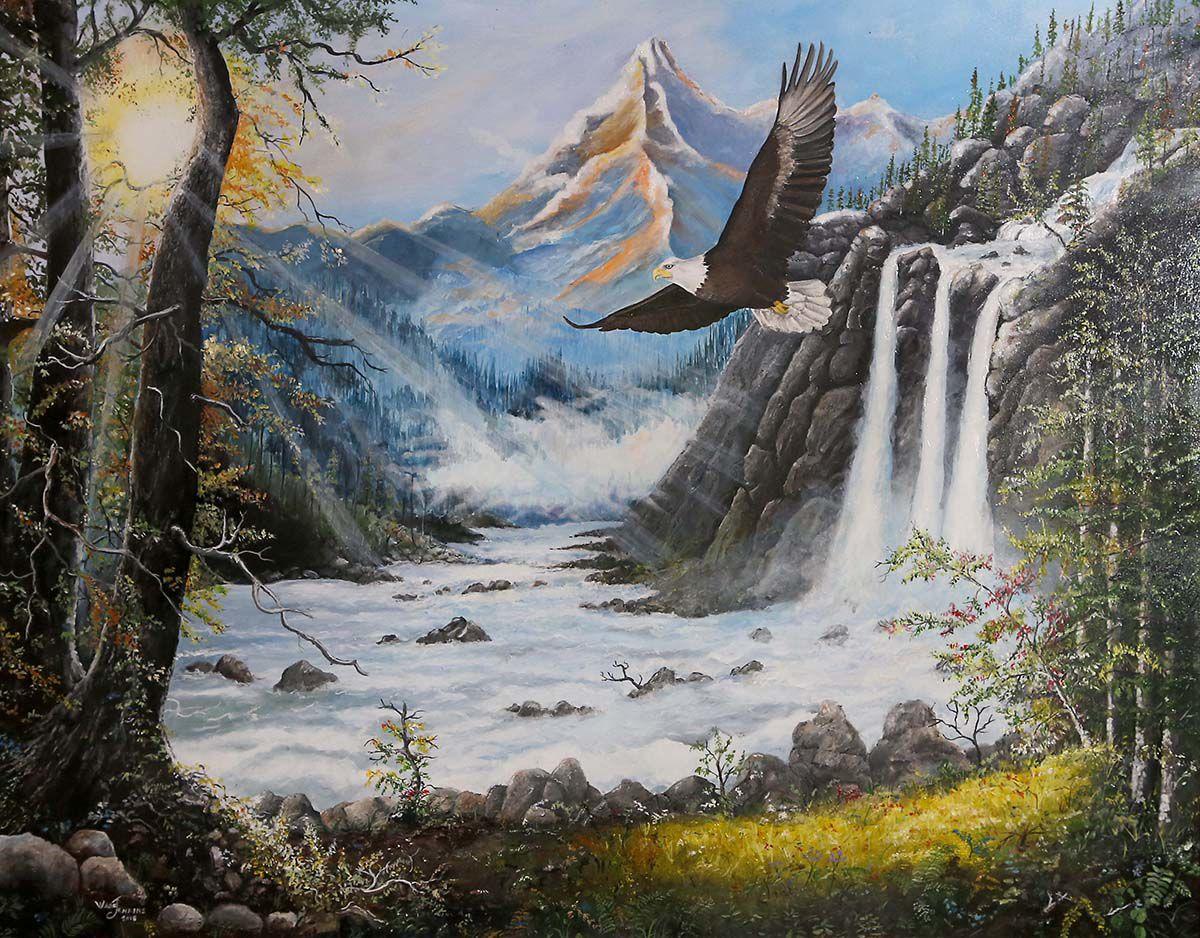 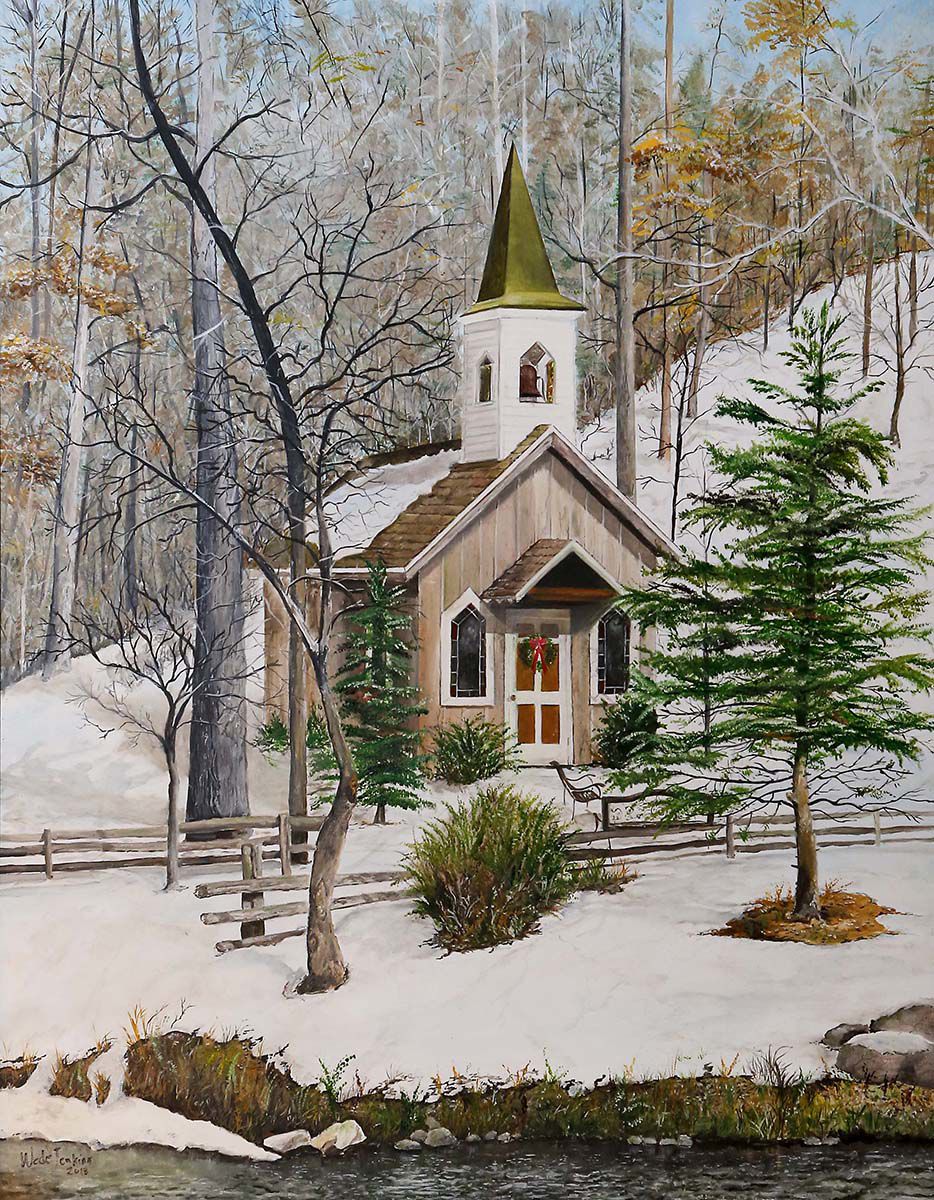 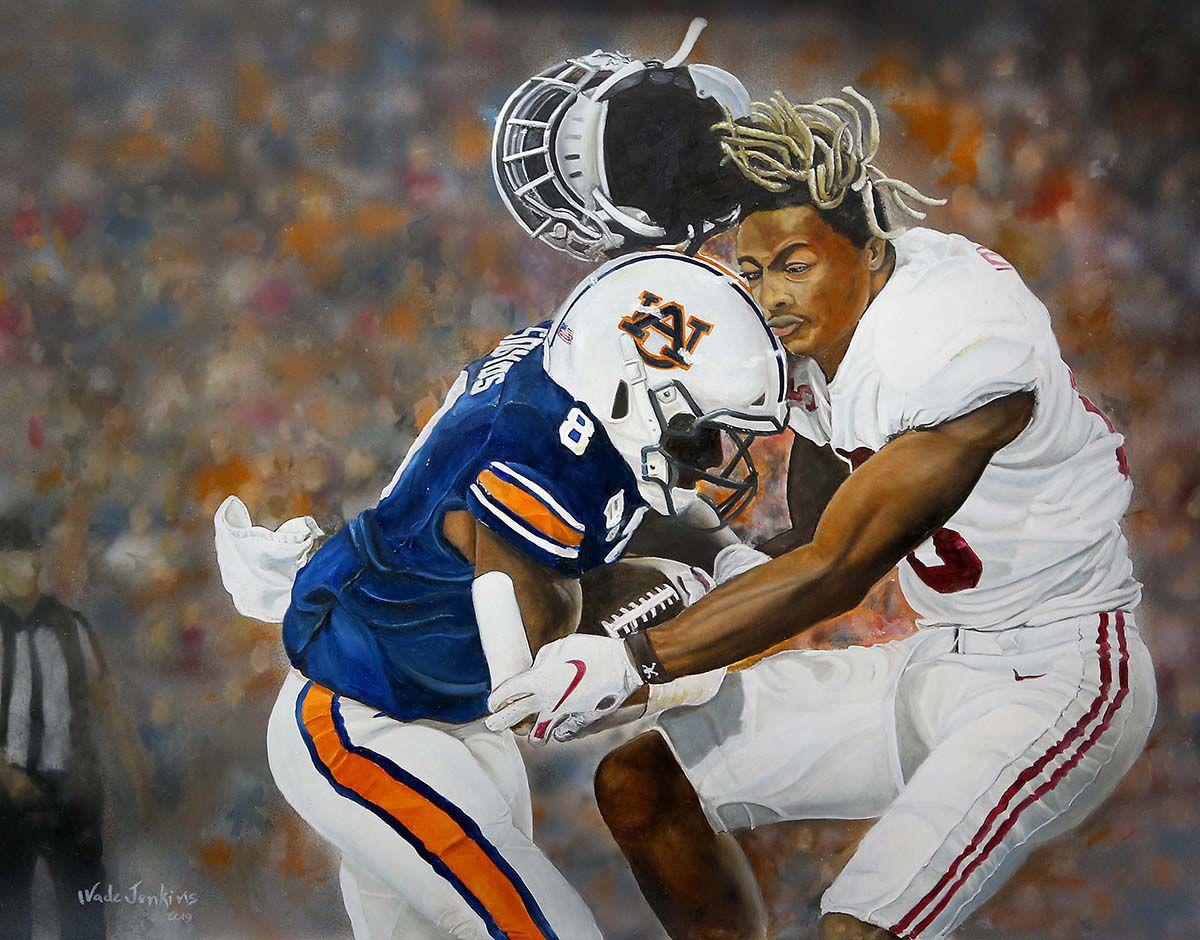 It’s a style of art called “photo-realism,” paintings so detailed that at first glance they can fool the eye. Jenkins, 62, has spent the last few years working on his technique, and it’s beginning to pay off.

Two months ago, he signed with Auburn Art gallery and gift shop in Auburn, which is selling prints made from his original paintings — primarily depictions of Auburn football. After all, as Jenkins points out, Auburn doesn’t really have its own version of University of Alabama sports artist Daniel Moore.

Jenkins, who is an Auburn alum, attended the Iron Bowl game in Auburn on Nov. 30. Afterwards, he walked into Auburn Art and asked if they might be interested in seeing his paintings. Owner Cliff Hare was skeptical at first, until Jenkins showed him photos of his paintings on his phone.

The first painting Jenkins did for Auburn Art is called “The Hit.” It memorializes a play from the 2019 Iron Bowl in which Auburn’s Shaun Shivers hit an Alabama defender so hard his helmet came off.

The gallery has since commissioned three more paintings from Jenkins: one of Auburn fans rushing the field after the team’s 2019 Iron Bowl win … one of Auburn’s Sal Cannella catching a touchdown pass on his tiptoes during the 2019 Iron Bowl … and a peaceful nighttime scene of a cabin on a lake (because Jenkins paints a lot more than football).

Jenkins, who grew up in Ashland, has been drawing things all his life. “They tell me I doodled on my pages in school, but I don’t remember that,” he said.

In the first grade, he started taking art lessons from his cousin Judy Jordan, who was about 16 at the time and teaching art in her daddy’s barn. (She grew up to be a professional artist.)

Jenkins graduated from Auburn in 1981 with majors in industrial design and commercial art. He has worked as an industrial designer and national account manager for the past 35 years, designing display fixtures for retail stores across the country, especially hardware stores. You’ve likely seen his work, but might not have really noticed it.

The cabinet hardware aisle at Lowe's, with all the knobs and handles displayed on little doors that flip down? Jenkins designed that. The display of Ridgid tools at Home Depot? That’s his work, too. “All those little metal holders that the tools sit on. They send me products and I have to figure out how to hold them up,” he said.

He’s starting to think about retirement. “I don’t want to sit around,” he said. He’s always had hobbies — “my wife says I have too many” — restoring old motorcycles, playing the piano — and making art.

He started getting back into painting about four years ago, after he and his wife, Kimberly, moved from Ashland to Oxford. “My wife said we needed pictures on the walls, and I said, ‘Well, I’m not going to buy them.’”

Today, there are Wade Jenkins originals on every wall of the house: Outdoor scenes for every season. Old country churches in the woods. Scenes with his mama and daddy, and his grandfather. Old cars in front of old barns. A lighthouse next to the ocean. An eagle soaring over a river. Still life scenes of fruit and the Blue Willow china that his wife collects. Portraits of the couple’s two dogs and two cats.

His “office/studio/man cave” is upstairs. The walls are hung with pencil sketches and some of his early paintings. Against one wall leans a portrait of two dogs he was recently commissioned to paint. Against another wall is a large piece that he is just beginning: an eagle soaring over Pulpit Rock on Mount Cheaha.

Jenkins likes to make his art as realistic as possible — “but it’s hard. It takes time.”

He does most of his painting at night. He starts with a photograph, but changes the setting or other elements to make it his own.

He uses tiny, tiny brushes, because the details are crucial to the way he paints. He uses a magnifying glass to help.

He makes an initial sketch in pencil. For the background, he prefers to use acrylic paints. For the detailed work in the foreground, he uses oil paints, which are easier to blend.

A lot of his work is about blending the paints so it looks natural, he said. Say you’re working on a pet portrait and it’s time to paint the dog’s hair. “If you just start drawing lines, it won’t look right,” Jenkins said. “A lot of it is learning techniques, like how to fade out the background.”

He learns new techniques with each piece: how to paint a wet street, or drops of water on an apple. “When I get stumped, I look it up online,” he said. From there, he develops his own style.

He can finish a painting in a week.

“I’m still not where I want to be,” Jenkins said. “I always see people doing this better, so I study them and see how they’re doing it.”

He paints more for love than for money. “I’m not going to get rich,” he said. He would prefer to keep painting as more of a hobby: “If it turns into work, it won’t be fun.”

Lisa Davis is Features Editor of The Anniston Star. Contact her at 256-235-3555 or ldavis@annistonstar.com.

To view or purchase Wade Jenkins’ art, visit wade-jenkins.pixels.com. You can purchase canvas or paper prints of his paintings,

as well as cards, pillows, mugs, etc. He is also working on setting up a Facebook page for “Wade Jenkins Art Studio.”