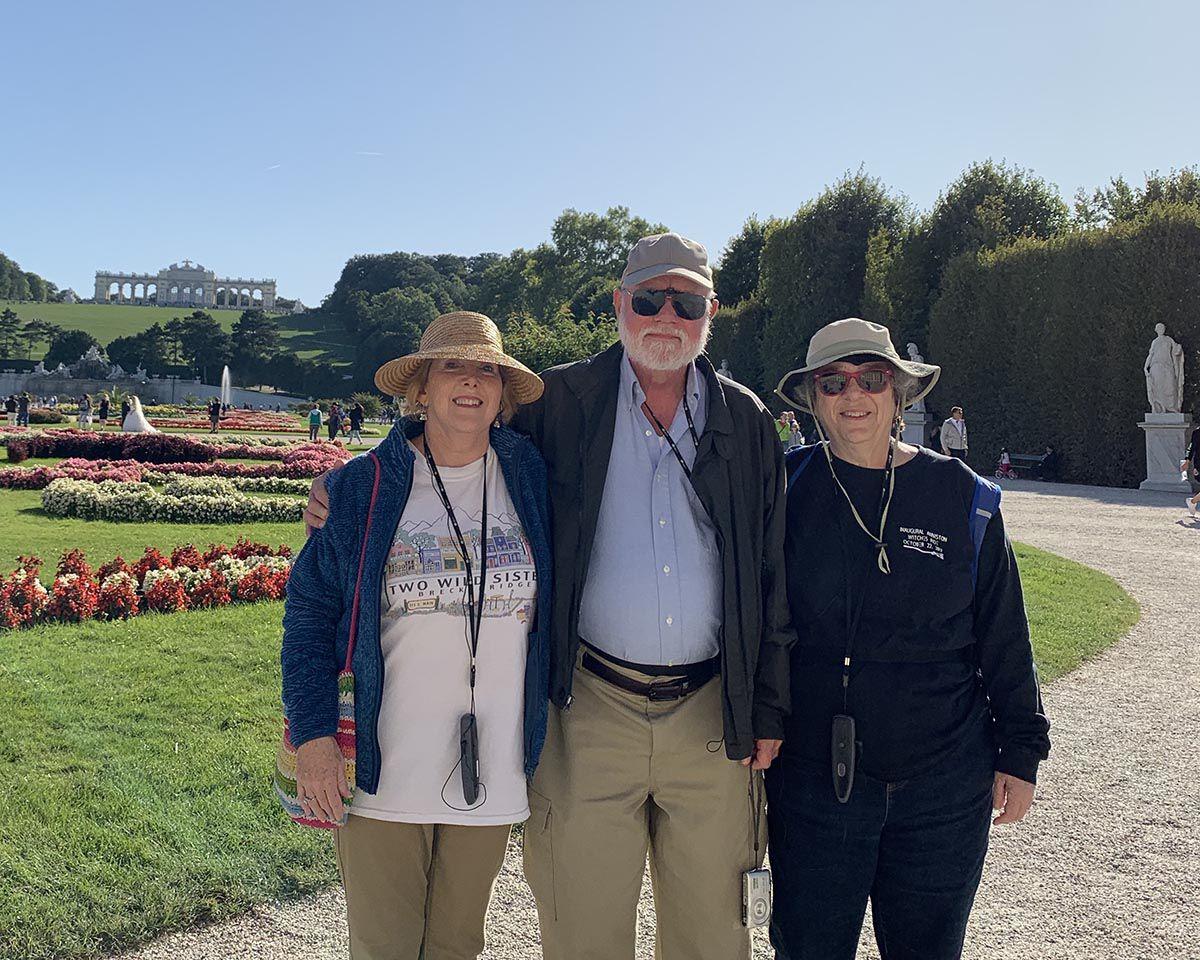 Peg and Tracy Tyler with Lucile Bodenheimer at Schlosspark outside the Schönbrunn Palace in Vienna, Austria. 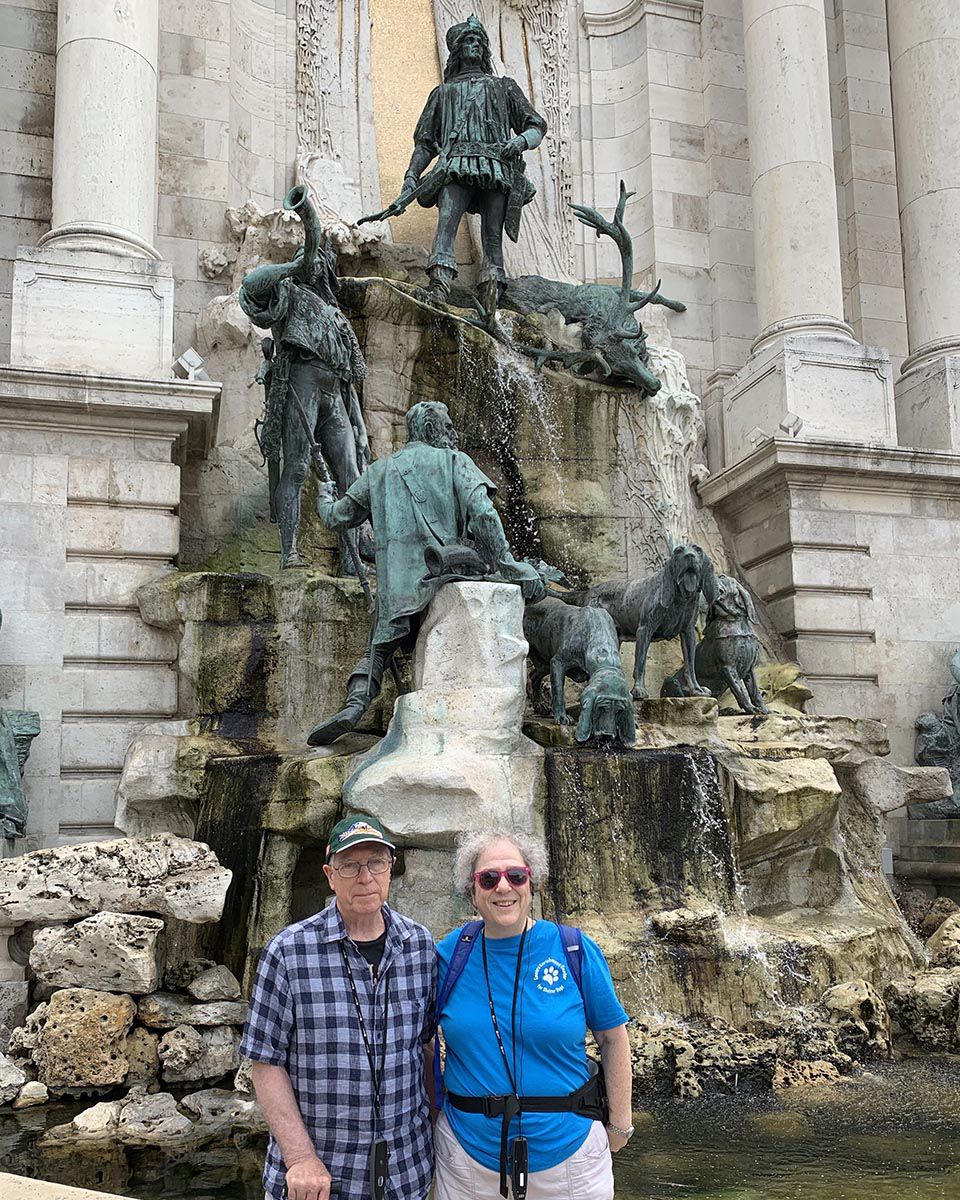 Peg and Tracy Tyler with Lucile Bodenheimer at Schlosspark outside the Schönbrunn Palace in Vienna, Austria.

Peg and Tracy Tyler have done their fair share of traveling throughout the world (a given seeing as how Peg is a retired travel agent) but they never did the one excursion Tracy always wanted to do — a riverboat cruise.

That all changed a few weeks back when Peg and Tracy teamed up with their friends Lucile Bodenheimer and Jim Holiday to cruise the Danube River in central Europe.

Lucile and Jim arrived a couple of days early to do some sightseeing in Vienna, Austria. They visited the Albertina Museum, located in the very heart of Vienna’s center. It houses art collections consisting of masterpieces by Leonardo Da Vinci, Raphael, Michelangelo and Rembrandt.

They also visited the home of Sigmund Freud, now a museum and of special interest to Lucile, a licensed psychologist. She was able to peruse a lot of his literature and letters.

Once Peg and Tracy arrived, the two couples boarded the riverboat, the Crystal Ravel, to begin their journey along the Danube.

Compared to large cruise ships on the open seas, this smaller river vessel holds 106 guest passengers. “No kids or teens either,” Lucile said. “Just adults.” Every room was a spacious suite with luxury furnishings, and the group was attended by honest-to-goodness butlers. With an onboard staff of 68, the travelers truly felt pampered.

All their meals were included and consisted of gourmet cuisine. “The food was fabulous,” Lucile said.

The first stop was a small town in Hungary called Esztergom, where it became apparent, through discreet conversation, that the people weren’t fond of the Soviets. “By the time we arrived in Budapest the next day, the local tour guides made no bones about it,” Lucile said. “They blamed everything from shoddy buildings to conditions of poverty on Soviet control of the past.”

While visiting Lower Austria, the two couples toured Artstetten Castle, where they had the opportunity to meet the great-great-granddaughter of Franz Ferdinand, who with his wife, Sophie, was assassinated in 1914. Those deaths preceded the civil unrest that eventually led to World War I. Because Sophie was not of royal blood, she wasn’t allowed to be entombed in Vienna’s Imperial Vaults and was instead buried alongside her husband in a crypt at Artstetten Castle.

Today, their great-great-granddaughter, Countess Alix d’Harambure, manages the castle estate. When Peg, Tracy, Lucile and Jim arrived at the castle, they were greeted by the Countess herself. “She was very nice and offered us refreshments, our choice of orange juice or champagne,” Lucile said. “And she answered any questions we had.”

Along the way, the group learned details of Nazi invasions and confiscation of the family’s treasures. “I bought a book at the castle before I left,” Lucile said. “It’s called ‘Hitler and the Habsburgs’ and it’s very informative about the history from that part of the world.”

Travel by riverboat cruise was mostly done at night, with daylight reserved for land excursions. In addition to stops in Hungary, the group toured towns in Slovakia, including its capital city of Bratislava, and Linz, Austria.

They were even given the opportunity for bicycle rides at certain stops. “Tracy took advantage of that a couple of times,” Lucile said. “He took bike rides along the coastline.”

Another interesting experience for the travelers was passing through the series of canal locks along the Danube. “By the way, the Danube is not blue,” Lucile clarified. “But we were told that ‘blue’ means ‘drunk,’ so go figure!”

Donna Barton’s column appears every Sunday. Contact her at donnabarton@cableone.net.